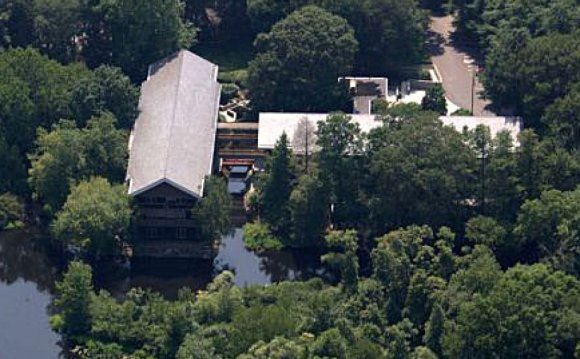 It was around 9:38 at night when James Cutler realized that things were not going well.

Cutler was standing in front of a stage in the auditorium of the Westover Magnet Elementary School in Stamford, Conn. On the stage, sitting on folding chairs behind uneven tables, sat the planning board of the city of Stamford. Packed into the auditorium were 150 or so Stamford residents. Most of them it seemed, hated Cutler.

"Can I please take a few moments to explain?" Cutler asked.

"NO!" the folks in the auditorium chairs shouted.

Cutler was just a few minutes into explaining to the planning board the designs to build a mammoth headquarters for Bridgewater Associates, "the world's richest and strangest hedge fund" founded by Ray Dalio, one of wealthiest people in the U.S. Cutler, an architect who trained under the legendary Louis Kahn, had meticulously prepared a presentation about the history and environment of the piece of land that Bridgewater would like to use for its new 850, 000-square-foot headquarters.

The boat people didn't care. They were shouting Cutler down.

The piece of land Bridgewater has selected for its new headquarters is a 14-acre strip jutting into the Long Island Sound. Until recently, it was a boatyard called Brewer Yacht Haven. Then, a couple of years ago, a development company called Building and Land Technology closed the boatyard and tore down the buildings on the property—which outraged Stamford's boat owners and sparked a protest movement called Save Our Boatyard.

The boaters lived up to their acronym last Tuesday night. Almost all of those crammed into the auditorium were opponents of Cutler's and Bridgewater's plan for the property. They cheered when opponents of the plan spoke, and jeered during speeches given by city administration officials, architects and developers from a company called BLT, which supports the plan.

The leader of the SOBs is a platinum-blond office manager named Maureen Boylan. She describes the fight as "billionaires versus boaters." Think the 1 percent versus the 5 percent.

"Do not let this administration or BLT strong-arm you, or buy into their so-called misrepresentation of what this agreement will provide for the city and the taxpayers, " Boylan said Tuesday night.

The boaters are not, for the most part, yachtsmen. Boylan's boat is pretty representative: A 27-foot "pleasure boat" manufactured by Sea Ray. These vessels are known as day boats. You take them out for a few hours of cruising on the Long Island Sound, perhaps for a bit of fishing.